On Detention and Isolation

Twitter drew my attention of two related TES articles this week that got me thinking about the detention and isolation of pupils. First, government behaviour ‘tsar’ (though only, as the sub-editor forgot to mention, of England – we do ‘lairds’ up here) Tom Bennett, perhaps in an effort to offer olive branches in the middle of a seriously tense debate around genetics, behaviour and ability involving some spectacularly clumsy contributions from key figures in ResearchED, attempted to make peace by beating his opponents around the head with a straw man of his own manufacture;

I don’t think I would go so far as saying that detentions are a form of ‘violence’, but someone who says so is clearly not condemning requests to finish homework or conversations about racist language as violent. What I would say about them is that I never really felt they did much good. Naturally, that immediately identifies me, in Bennett’s world, as never having been near a classroom or engaged with unruly kids: I’m therefore not quite sure what I’ve been doing for nearly forty years, but there you go…

A couple of the research studies mentioned here seem to confirm my impressions: that detention has an impact on the future behaviour of those pupils who rarely get into trouble, but is largely ineffective against those pupils who regularly misbehave. In other words, it works with those it works with, and doesn’t work with those it doesn’t. Hardly rocket science, and absolutely obvious to those in senior management – as I was – who see the Darrens and Marcs and Chantelles turn up day after day after day…

But the problem with detention – despite Bennett’s historic advocacy of it – is that it is  not a behaviour management strategy at all. Given that most behaviour in schools is good, behaviour management should therefore be more about managing good behaviour than bad: it’s the way in which we encourage pupils to be responsible, helpful, welcoming, diligent, polite; it’s the rewards, the role modelling, the relationships and the praise, praise, praise.

Besides, one of the key lessons of Assertive Discipline is that it is not the severity of a consequence that is important; it is the consistency. Bennet claims ‘punishments’ should cause ‘discomfort’; I agree with Lee Canter, who suggests ‘inconvenience’ is a much better approach. When I was a teacher, one of the best forms of correction I had was to instruct a pupil to report to me in the staffroom during lunch time. At 1pm, they had to leave their pals, come in the main entrance, pass the head’s office, walk up the stairs, knock on the door and wait for me to be summoned. I came to the door, said ‘Thanks, Dominic, you can go now’ and shut the door. None of my time taken up, no extensive discipline paperwork, no lengthy restorative conversation, no finger wagging; for the pupil, no awful consequences, no letters home, no hours of staring into space stoking their fires of resentment – just the absolute knowledge that whenever they behaved like that – every time they behaved like that – they would have to perform that annoying wee 5-minute walk of… well, ‘shame’ is far too strong a word. And like most teachers, I tended to avoid the nuclear option, partly because of the hassle it caused me: I was much more prepared to stick to my boundaries whenever I adopted a ‘consistency over severity’ approach.

But the Twitter debate around this took me to another, slightly older article, in which a Labour MP extolled the virtues of isolation. Here, we’re not talking about the detention of pupils after school or during their breaks: we’re talking about exclusion from the learning environment of the classroom and placement in some sort of structured seclusion. And what he saw at one school was pretty no-nonsense stuff:

So, two infractions in one class results in the exclusion from all classes, and after that, things escalate with a hysteria I sincerely hope the US and North Korea don’t emulate, or soon we’ll all be toast. Is this really, really the way we want to go?

I’ve always felt that the ethical dimension is sometimes lost to the pragmatic in behaviour management. It’s occurred to me that we forget that the whole purpose of anything we do to children should benefit them, individually. The old ‘Oh, we should bring back the cane; it never did me any harm’ is utterly beside the point, because we need to show that it did good for it to be a legitimate part of what we do.

Yes, Jim Knight spoke to one girl who felt isolation had changed her behaviour for the better; I’m wondering how typical she was, or if he spoke to any pupils who hated the school’s guts for what they did. Research suggests that every class has at least one child suffering from trauma, and that children suffering chronic stress as a result of multiple Adverse Childhood Experiences are at least three times more likely to display behavioural problems. If my response to those environmental stressors is to add the stress of removal from what should be a supportive ethos into one of seclusion and blame, I’d expect to be despised by some of those young people, and to be held partly accountable by them for the toxicity of their lives. Dammit, I’d despise me too.

Knight also spoke to another pupil who hated her English class because of disruption. Once the bad kids were wheeched off, she was able to flourish. I sympathise, and ‘Yes, but what about the rest of the pupils who want to learn?’ is a common and valid question. Except… it all sounds a little too much like battlefield triage to me. Just as a doctor at the front looks at a tent full of 30 wounded soldiers and lets Corporal C. Smith die for the sake of the 29, isolation marks out wee Craig Smith as less deserving than the rest of the class, his education expendable for the sake of the many. Quite frankly, I didn’t come in to teaching to make that sort of decision.

For pupils who do suffer stress, for autistic young people, for those encountering permanent or temporary traumas, a breathing space out of the class can be essential, but this therapeutic ‘time out’ is very different from punitive ‘isolation’. It’s characterised by an awareness of a pupil’s learning needs and emotional state, not an indifference to it.

There’s clear evidence that the school Knight visited – Henbury – is a happy place that does indeed take account of that, with adjustments made for pupils with ‘behavioural disorders’, as well as a culture that at least tolerates classrooms that are productively ‘noisy’, and so this isn’t Dotheboys Hall; by the same token, though, what is the reasoning behind placing a child who doesn’t speak English but is obviously linguistically able in the lowest set for English? It’s this kind of mistake in judgement that, with the best will in the world, can have unexpected repercussions we might find difficult to live with – in this case, added stress for the pupil in a class for which she was unsuited, for the teacher in coping with a child who needed a different curriculum from the rest, and for the class itself.

It’s at this point that decisions we make can stretch that ethical principle of doing the best for each individual. It’s hugely difficult to maintain that moral vision, and in the context of a society and economy in which public services are reviled and strangled because of the unhindered greed of private speculation that occurred in 2008, it’s not surprising that we feel we have to adopt the pragmatic approaches, to use the quick fix, because fewer and fewer teachers are being asked to do more and more with fewer and fewer resources. But, hey, let’s not kid ourselves that we’re adopting gold standard practices if we do.

So no, detention and even isolation are not ‘violent’ acts; but they are a weapon nonetheless, and weapons are something that we really want to avoid using for as long as we can in case we do make that one fatal mistake (are you listening, world leaders?). And instead of berating teachers for not using detentions enough, instead of implying that those who care enough to keep their pupils in their classes lack backbone, we should actually applaud their patience, celebrate their skill and find out how the hell they do it.

The Surprising Truth About Discipline In Schools 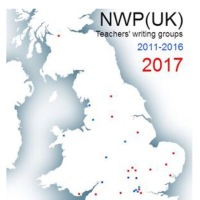 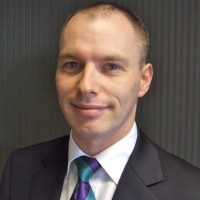 nilbymouth.org/
Life through a critical lens
Teacher Who Writes

Comment on topical issues relating to the school curriculum

Just Trying to be Better Than Yesterday

...how difficult can that be?

The National Association for the Teaching of English (Scotland)